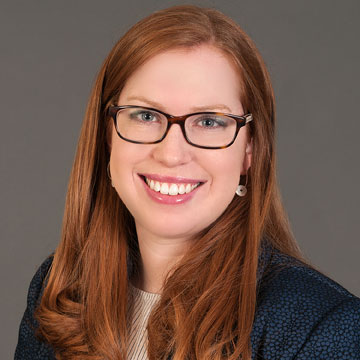 Elise Kuehn is an associate at the law firm of Lane McNamara LLP. Her practice areas include construction and employment law.

She was a speaker at the World Intellectual Property Organization Conference in Geneva, Switzerland. Elise was admitted to the Massachusetts Bar in 2013 and the United States District Court for the District of Massachusetts in 2016.

Elise has worked in the field of litigation since she graduated from the University of Connecticut School of Law. She served as a Graduate Judicial Intern with the Honorable Timothy S. Hillman in the United States District Court for the District of Massachusetts.